Play to earn games leverage blockchain technology to reward players with cryptocurrency for their talent and effort. Play to earn games provide players with non-fungible tokens or digital currency. Recently, blockchain-based games, also called P2E, have become commonplace, with each platform offering its cryptocurrency to compensate online players for their time commitment on the many metaverses.

One of the primary reasons play-to-earn games have grown so popular is because they allow players to get real-world dollars while having a good time. Another is to develop NFTs that may be lucrative assets. In 2022, several games may be played to make money. Please take a peek at our top picks!

“Axies” (Ethereum-minted NFTs) are the basis of this play-to-earn game that combines trading and combat to earn money. You may select from various Axies and customize them to your heart’s content. Smooth Love Potion tokens may be exchanged for Axie Infinity Shard tokens, the game’s primary utility tokens, by defeating other players and winning fights.

As part of the Decentraland platform, people may build their 3D worlds by purchasing and developing land. Players may do anything they want with their property after they own it, from developing a different game to launching an internet shop that’s up for business. In addition, players may hire other users to guard their land while away.

To purchase and keep the Decentraland MANA token, a user must first have an Ethereum wallet. Then, they may begin using the service.

Playing Alien Worlds allows players to explore a future sci-fi world by mining and upgrading their character’s abilities. NFT alien species may be captured and used by the player to mine or discover various goods. To win, a player must invest more time and money in upgrading.

Alien Worlds is the official cryptocurrency of the Alien Worlds game, and it is traded under the symbol TLM on the cryptocurrency exchanges. It is possible to win or exchange NFTs with other players using the TLM token. In addition to mining tools, land, and TLM deposits, players will need to begin mining.

The game’s blocky metaverse allows players to construct, craft, and survive. A user may purchase SAND tokens to construct a home or castle or embark on missions to acquire additional SAND tokens while playing The Sandbox. The Sandbox is a platform that invites people to engage in NFT trading, combining strategy, creativity, and survival abilities. The greater a player’s level, the more stuff they can make.

Playing mini-games and completing objectives for MLA, the in-game money, is the goal of Blankos Block Party, a multiplayer party platform. Buying Blanko Bucks via a credit card is also an option.

Blankos, NFTs with specific in-game powers, is the result of a collaboration between the game’s developers and artists. Player Blankos may be traded or sold for various advantages. Blankos Block Party is regarded as one of the greatest “earn games,” allowing players to earn NFTs while having fun and swapping their coins for other cryptocurrencies through external exchanges.

Binance Smart Chain will release CryptoBlades in April 2021, an RPG-style NFT game. Newcomers purchase skill tokens, the game’s native money, at the outset. When it comes to purchasing characters and weapons, they employ their SKILL. Skill points are earned by defeating adversaries, which may be used to buy additional in-game items or sold on the secondary market.

The winter months can be tough on your car. If you’re not sure if your vehicle is ready for winter, use these four simple... 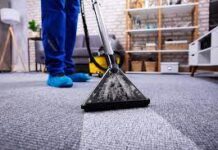 Carpet Cleaning London: A Guide For The Succesful Homeowner 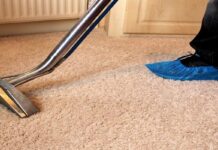